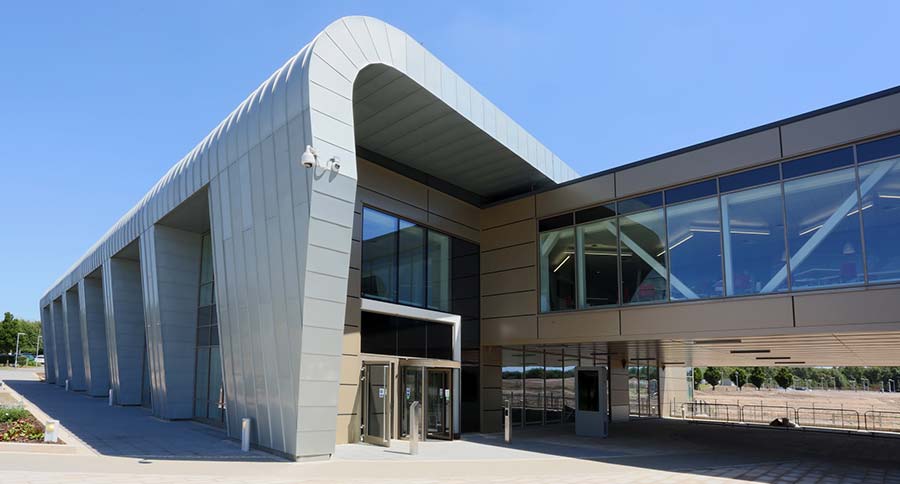 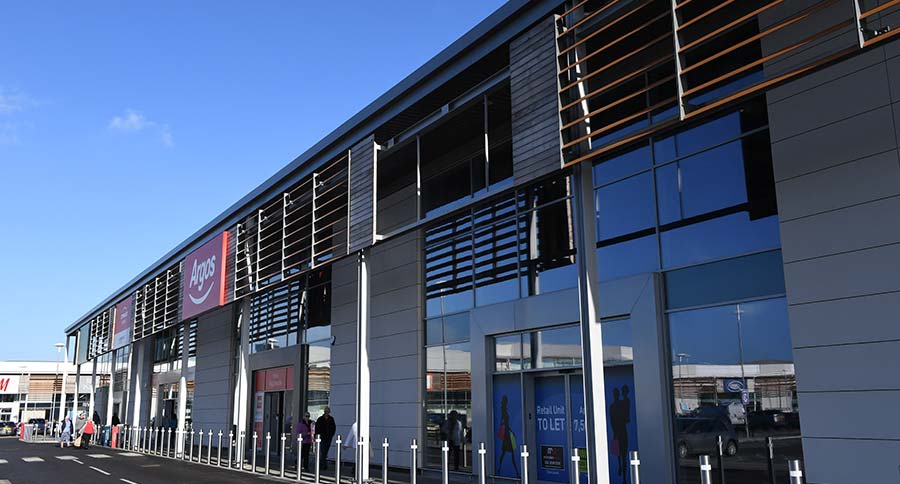 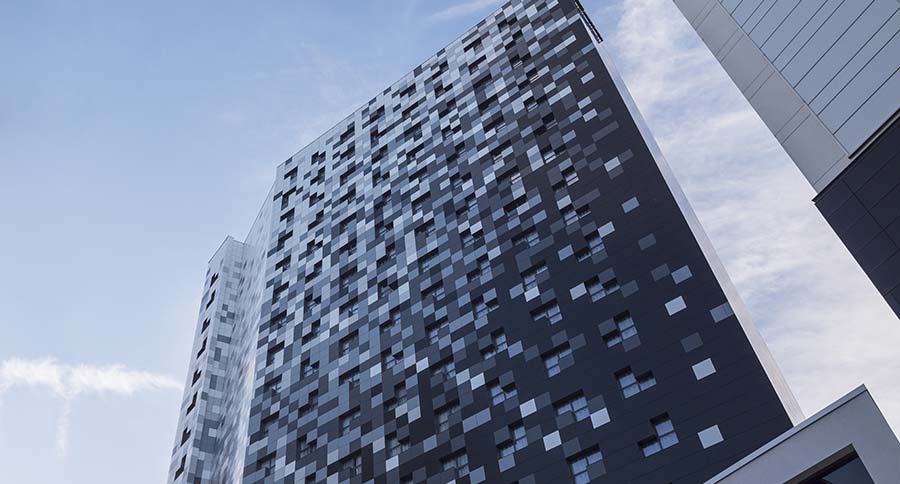 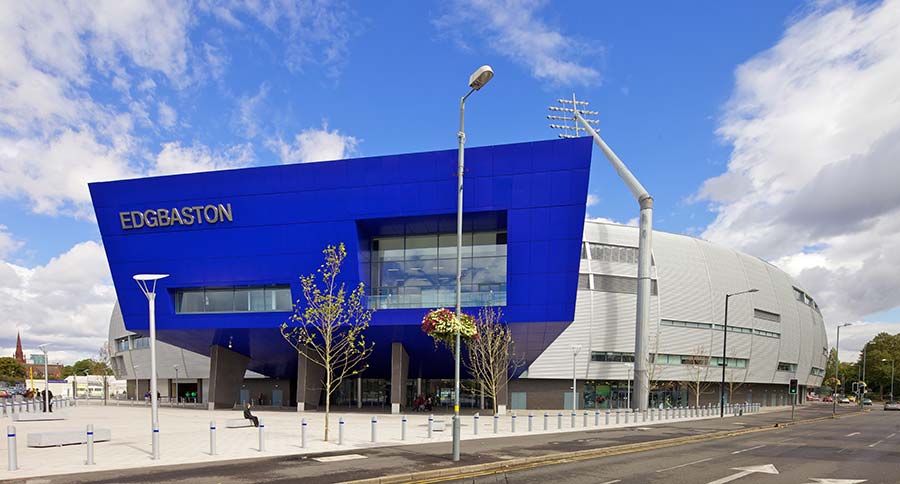 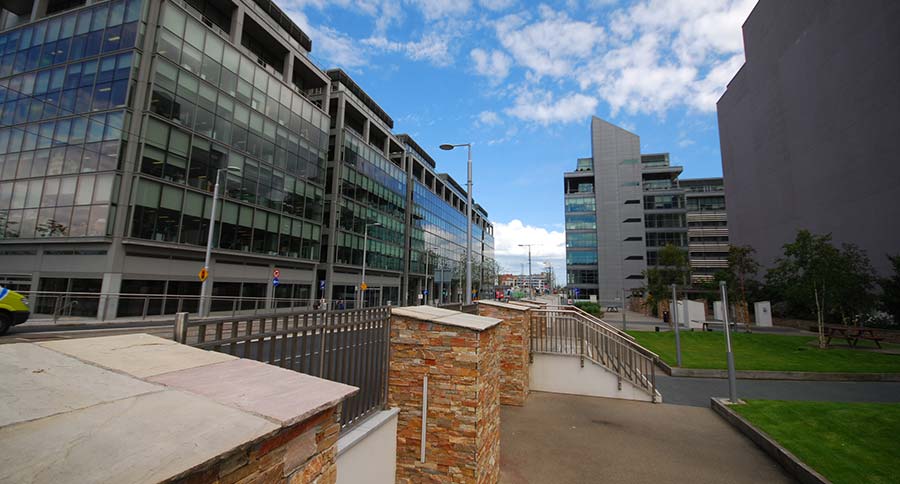 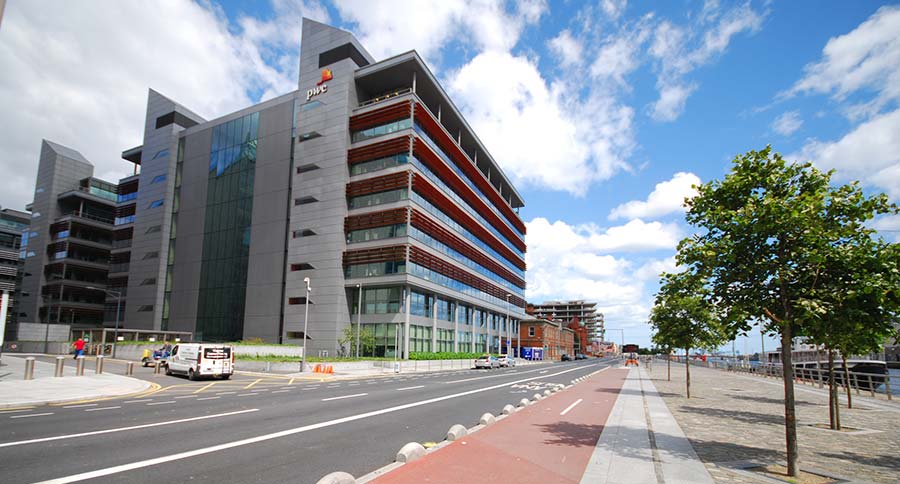 The landmark development of Spencer Dock dates back as far as 2002 when this derelict site hit the headlines when there were queues for the launch of the residential units. As part of this ambitious development, a number of commercial office buildings were included in the plan, mirroring the IFSC development further up the Quays.

We were nominated to John Sisk & Son for this work. A number of office blocks were constructed and are now occupied by companies such as PWC and the Central Bank.

These buildings were built to a very high standard befitting of their location and the roof system was similarly high specification. The biggest challenge was the complex tapered insulation schemes to create falls and cross falls across quite large areas of roof 2,200 sqm to 4,000 sqm.

The Paralon roof system comprised of a fully bonded vapour barrier, bitumen bonded insulation and a layer of under lay and granular cap sheet. As it was an adhered system, the base layer was laid under close supervision and under strict quality control procedures. The quality of the concrete substrate was of vital importance to the success of this installation and this was signed off before roofing commenced.

In addition to the roof finish, We installed all the paving and drainage pebble to the balcony areas up to the fifth floor. The paving was levelled on pedestals and the logistics of cranage, hoisting and distribution were challenging due to the congested nature of the site.

Brennan Associates, Quantity Surveyors have worked on many projects with Deane Roofing and Cladding where they were specialist subcontractors for the Roofing and Cladding elements. Each project has been unique in its own way challenging the Design Team and Contractors alike. In these situations, we have found their team to be engaging, responsive, and technically proficient in resolving issues as they arose.
They have always maintained a high standard of workmanship, management, budget control and coordination with meticulous attention to detail being exerted throughout the projects. We would have no hesitation in recommending them for commercial roofing and cladding projects.

I have worked and am currently working very closely with Deane Roofing and Cladding on a large high specification Biotechnology construction project. Their commitment to meet the very high expectations in quality, safety and schedule is second to none. They are very committed to reaching these expectations and surpassing them. They are very easy to work with on day to day construction issues and work diligently to ensure they deliver a top class project to all concerned.

This website uses cookies to improve your experience while you navigate through the website. Out of these cookies, the cookies that are categorized as necessary are stored on your browser as they are essential for the working of basic functionalities of the website. We also use third-party cookies that help us analyze and understand how you use this website. These cookies will be stored in your browser only with your consent. You also have the option to opt-out of these cookies. But opting out of some of these cookies may have an effect on your browsing experience.
Necessary Always Enabled
Necessary cookies are absolutely essential for the website to function properly. This category only includes cookies that ensures basic functionalities and security features of the website. These cookies do not store any personal information.
Non-necessary
Any cookies that may not be particularly necessary for the website to function and is used specifically to collect user personal data via analytics, ads, other embedded contents are termed as non-necessary cookies. It is mandatory to procure user consent prior to running these cookies on your website.
SAVE & ACCEPT